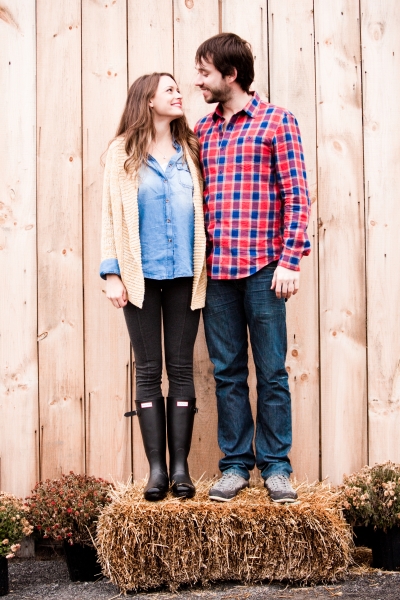 Some say it was the luck of the Irish, Shawn says it was his smooth pick-up lines, and Lyndsay claims it was all her doing. No matter who or what was responsible, the two met that day after being entranced by each other’s smile. They bonded over a few jokes, shared their big smiles, and by the time he left her bar, he had with him the most important piece of paper he ever held: her phone number, scribbled on a receipt. He still has it to remind him of how lucky he was that day.

They had their first date at a Bridgehead coffee house a couple of weeks later and immediately afterwards Shawn called his best man Mark and proclaimed "I think I love this girl!"

Lyndsay and Shawn soon found out how much they had in common and how much they loved being in each other’s company. In fact, they bonded so quickly that their tenth date was a weeklong trip together to Punta Cana, in the Dominican Republic.

They’ve since travelled to two other continents and nine countries together and will soon embark on their next adventure in the romantic and remote French Polynesian Islands.

...but first, they're getting married!

Update: We married on September 20, 2013!! Check out the pictures of our wedding and honeymoon.